Listen to Linda on the Cars Yeah! Podcast

Linda Weldon grew up in Los Angeles, California, where her fascination with racing and cars was fueled by the passion of her two older brothers and a group of car enthusiast friends. Always a student of art, Linda transitioned from the canvas to celluloid at the age of 19 and began pursuing her other love, photography.

A chance meeting with Stirling Moss on her first visit to Riverside International Raceway in 1966 opened the door of opportunity allowing her to marry her two great passions. Moss helped Linda get a pit pass and she spent the rest of the weekend capturing the charisma and raw emotion of that elite club of highly skilled racers.

The romance that started that weekend turned into a career as Linda spent the next eight years capturing candid shots that documented an era and revealed the true character of these legends of motor sports. Her photographs show a human element that is sometimes lost amongst the automotive adrenaline filled events. Her photos have been published in Road and Track, Flightime magazines for PSA Airlines, newspapers, and numerous other automotive publications.

She went on to work in the entertainment industry as a set photographer for films, TV commercials, and sports shows for ABC, CBS and NBC. She later expanded her career in the TV and film business with a range of roles including casting director, stylist, script supervisor, production manager and even as a stunt double.

Linda is now a proud parent and a sports oriented athlete who enjoys skiing, golf, horses, and tennis. She is still actively involved with automobiles attending Formula 1 races and FCA events. She’s regularly honing her skills in the country’s top racing schools and, as a member of the Checkered Flag 200 Club, participating in rally events. She and her husband, Bill Feldhorn, are vintage car collectors. 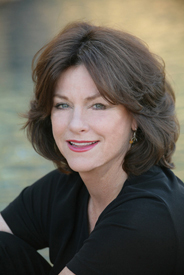 “This book is a compilation of pictures taken at a time when photographers were able to get very close to the action. I used a Nikon camera with various telephoto lenses. Tri-X and Plus-X film was utilized. Each shot had to count, so very little color was used.

“The years took a toll on the negatives that were not stored properly. I recovered all that survived in boxes to assemble this book.

“Hopefully, these pictures will bring back many exciting memories from this era of Road Racing of the 60’s and 70’s.”

Immerse Yourself in Racing History -- Get Your Copy Today!